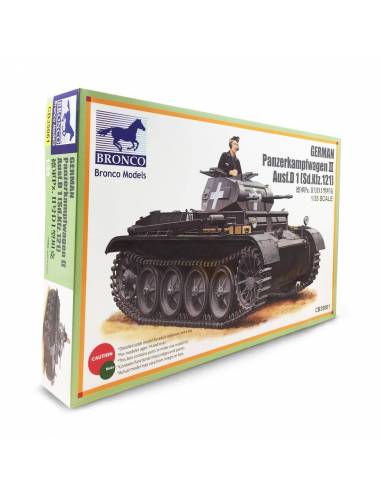 Plastic model kit of the company BRONCO, for the construction of a German tank German PanzerKampfwagen II Ausf.D1 (Sd.kfz.121) of WW II, in 1/35 scale.

The German Panzer II tank is a small reconnaissance tank, which was created as a vacancy due to the production delays of the larger tanks III and IV in the mid-1930s. Production of the Panzer II tank began in 1935. Before 1939, it was the most widely used tank in the German army. The Panzer IID model was built by the MAN automobile factory, and the production period was from May 1939 to August 1939. Compared with other D-type tanks, it has a newly designed body and uses a similar US "Kisting" suspension system. It uses a more powerful 'Maybach' HL62TRM engine and a 7-speed gearbox, so it has better speed and agility than other early Panzer II models. The body is shorter, wider and taller than other models. . However, the design of the turret remained the same as the earlier models, using a 20mm KwK.30 rapid-fire gun and a coaxial 7.92mm MG34 machine gun. The main feature of this car is its large wheels and built-in suspension system. The second production model of Panzer II D is Panzer E, which is very similar in appearance to D, except that some parts of the interior have been slightly improved. Although the car can reach a high speed of 55 kilometers per hour, the overall performance of the off-road is not as good as ideal. Therefore, only 143 D/E tanks of II were manufactured. The performance of this tank on the Polish battlefield was not very good, so after March 1940, all D/E tanks were replaced by other newer tanks and decommissioned. 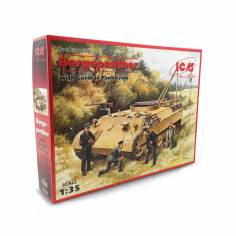 ICM
ICM35342
€30.00
ICM Plastic model kit for the construction of a German BERGEPANTHER tank of the Second WW, in... 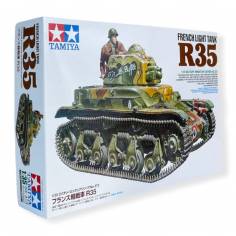 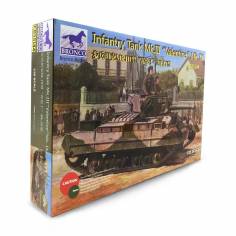 Bronco
CB35144
€40.50
Plastic model kit of the company BRONCO, for the construction of a British Infantry Tank Mk. III... 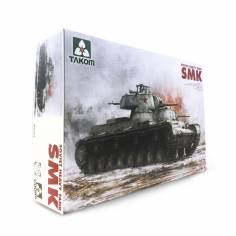 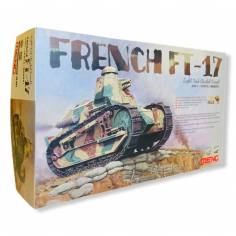 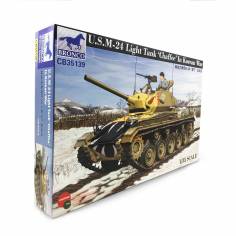 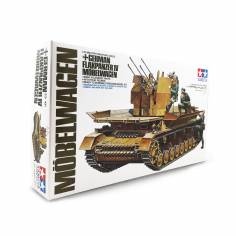 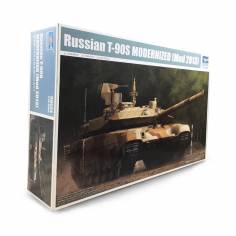 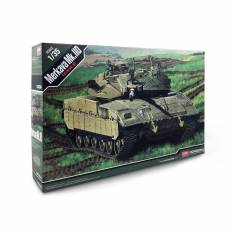 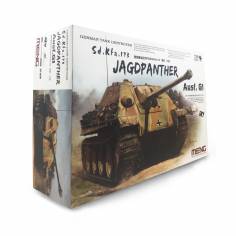